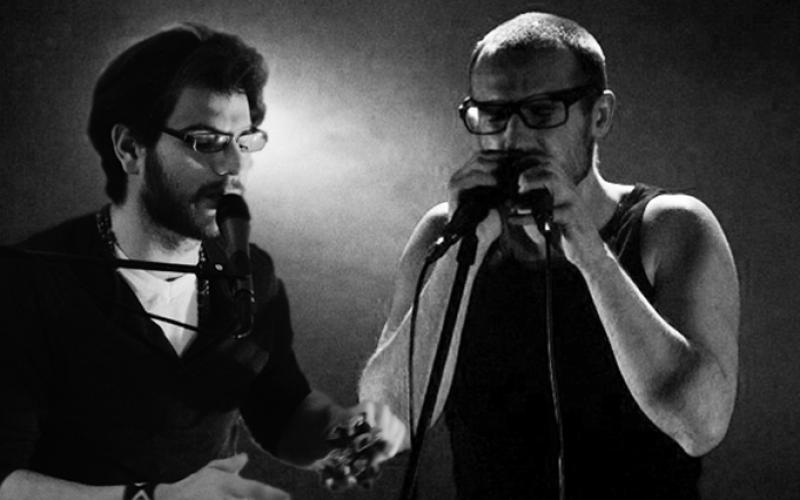 Born as a collaborative music project, Roseland is a place for meetings and possibilities, a landscape where dreams dance as poetry and pictures.This night they will play a beautiful concert at the Dome of Visions. The musicians bring their musical backgrounds and cultural roots together into new compositions, searching for a common ground between Nordic minimalism, eastern flavours and southern passion.

Now in their first tour around the Nordic and Baltic seas, they team up with local artists in each town they visit, to create a visual concert where words move and sounds light up.The visual artist they collaborate with for this show is painter and set-designer Rebecka Gothen. She will make a forest-like installation in the dome – inspired by the music.

Juan Pino was born in Ecuador and lives now in Copenhagen where he has been percussionist in bands such as Valravn and Suna as well as singer-songwriter with Quemando Palabras. www.juanpino.dk

A musician and poet from Estonia, Vootele Ruusmaa does rap as well as arrangements for Estonian folk music bands and writes new compositions for dance performances and theater.

Daníel Helgason is a guitarist and composer from Reykjavík. He has been active in Iceland’s music scene for the past few years, after studying jazz guitar he graduated from Iceland Academy of the Arts with a BA in composition.

Anna-Maria Huohvanainen began playing violin at the age of 4, born in Finland, she also spent some time studying violin in Belgrade. Anna-Maria is currently studying at Turku Arts Academy.

This project is supported by the Nordic Culture Fund.

Vision: “Fearless Warriors of the Roseland” is a collaboration between musicians from Estonia, Finland, Iceland and Ecuador (myself). We composed music that is thought as a soundtrack to be combined with visual art or dance. The project is to collaborate with a visual artist and a dancer in every town we visit.