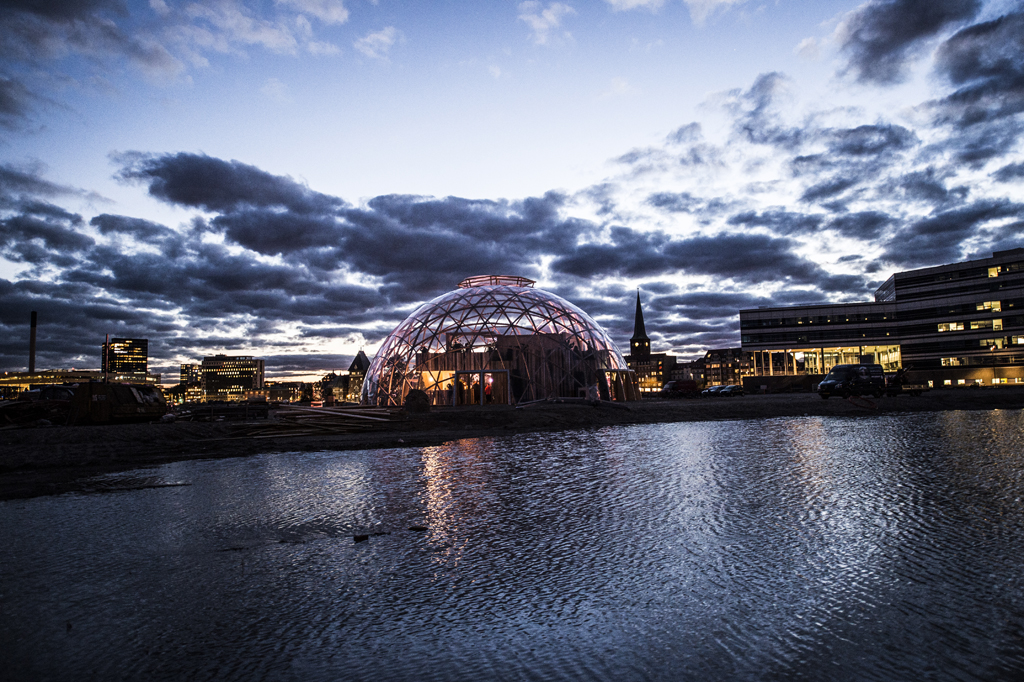 For the second time Dome of Visions in both Aarhus and Stockholm will host a public live debate across Oresund in order to create an experimental dialogue for audiences in both countries.Each Dome invites a panel of artists, entrepreneurs, urban activists, architects and cultural makers to engage in an explorative discussion on the topic ‘DIY and tactical urbanism’.

The urbanisation process is very fast in many European cities and puts new demands on city planning. At the same time we need to build and plan for social and ecological sustainability. Fast growing cities also means gentrification and densified plans which doesn’t really correspond with sustainability. So, who is in the end deciding and designing the process? Is it the government, the municipality or money? Is there a place for the individual citizen in this process?

That will be the question, when we connect the two domes in Aarhus and Stockholm with a live dome-to-dome debate across borders.

Terms such as DIY urbanism and Tactical Urbanism have been used in discussions around these topics. Do they represent a possible strategy? How do you start these kinds of processes? Can anything initiated or operated by government, municipality or commercial agencies be DIY? Art, culture, creativity and participation are sometimes discussed as tools in these processes. What do the strategies look like? Together we wish to explore ideas and inspire new initiatives – and to experiment with proximity despite physical distances.

The domes will be connected through a livestream set-up made by students from Den Kungliga Tekniska Högskola (KTH) in Stockholm.

Dome of Visions,
DK and SE